Spiders (order Araneae) are air-breathing arthropods that have eight legs and chelicerae with fangs that inject venom. They are the largest order of arachnids and rank seventh in total species diversity among all other orders of organisms. Spiders are found worldwide on every continent except for Antarctica, and have become established in nearly every habitat with the exceptions of air and sea colonization. As of November 2015, at least 45,700 spider species, and 113 families have been recorded by taxonomists. However, there has been dissension within the scientific community as to how all these families should be classified, as evidenced by the over 20 different classifications that have been proposed since 1900.

Anatomically, spiders differ from other arthropods in that the usual body segments are fused into two tagmata, the cephalothorax and abdomen, and joined by a small, cylindrical pedicel. Unlike insects, spiders do not have antennae. In all except the most primitive group, the Mesothelae, spiders have the most centralized nervous systems of all arthropods, as all their ganglia are fused into one mass in the cephalothorax. Unlike most arthropods, spiders have no extensor muscles in their limbs and instead extend them by hydraulic pressure.

Their abdomens bear appendages that have been modified into spinnerets that extrude silk from up to six types of glands. Spider webs vary widely in size, shape and the amount of sticky thread used. It now appears that the spiral orb web may be one of the earliest forms, and spiders that produce tangled cobwebs are more abundant and diverse than orb-web spiders. Spider-like arachnids with silk-producing spigots appeared in the Devonian period about 386 million years ago, but these animals apparently lacked spinnerets. True spiders have been found in Carboniferous rocks from 318 to 299 million years ago, and are very similar to the most primitive surviving suborder, the Mesothelae. The main groups of modern spiders, Mygalomorphae and Araneomorphae, first appeared in the Triassic period, before 200 million years ago.

A herbivorous species, Bagheera kiplingi, was described in 2008, but all other known species are predators, mostly preying on insects and on other spiders, although a few large species also take birds and lizards. Spiders use a wide range of strategies to capture prey: trapping it in sticky webs, lassoing it with sticky bolas, mimicking the prey to avoid detection, or running it down. Most detect prey mainly by sensing vibrations, but the active hunters have acute vision, and hunters of the genus Portia show signs of intelligence in their choice of tactics and ability to develop new ones. Spiders’ guts are too narrow to take solids, and they liquefy their food by flooding it with digestive enzymes. They also grind food with the bases of their pedipalps, as arachnids do not have the mandibles that crustaceans and insects have.

Male spiders identify themselves by a variety of complex courtship rituals to avoid being eaten by the females. Males of most species survive a few matings, limited mainly by their short life spans. Females weave silk egg-cases, each of which may contain hundreds of eggs. Females of many species care for their young, for example by carrying them around or by sharing food with them. A minority of species are social, building communal webs that may house anywhere from a few to 50,000 individuals. Social behavior ranges from precarious toleration, as in the widow spiders, to co-operative hunting and food-sharing. Although most spiders live for at most two years, tarantulas and other mygalomorph spiders can live up to 25 years in captivity.

While the venom of a few species is dangerous to humans, scientists are now researching the use of spider venom in medicine and as non-polluting pesticides. Spider silk provides a combination of lightness, strength and elasticity that is superior to that of synthetic materials, and spider silk genes have been inserted into mammals and plants to see if these can be used as silk factories. As a result of their wide range of behaviors, spiders have become common symbols in art and mythology symbolizing various combinations of patience, cruelty and creative powers. An abnormal fear of spiders is called arachnophobia. 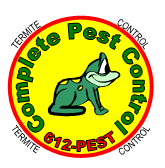